This project studies the opportunities that are being raised when a collaboration between a sophisticated urban master-plan and a corporation. In this case it exploits unique grounds of meta polemic consequences. The selected site is the buffer zone in Cyprus, which is controlled by the United Nations as a deep boundary between North and South Cyprus. The zone carries one of the most fertile grounds on a core location to the islands area.

Thesis: Exploiting the geopolitical conditions of Cyprus by developing an Agricultural Corporation via interconnecting two farming towns. This project is utilising the geopolitical conditions of a fertile buffer zone which historically has been used for cultivation. It exaggerates the use of land and programme to the extent of transforming two farming villages to an efficient corporate system. 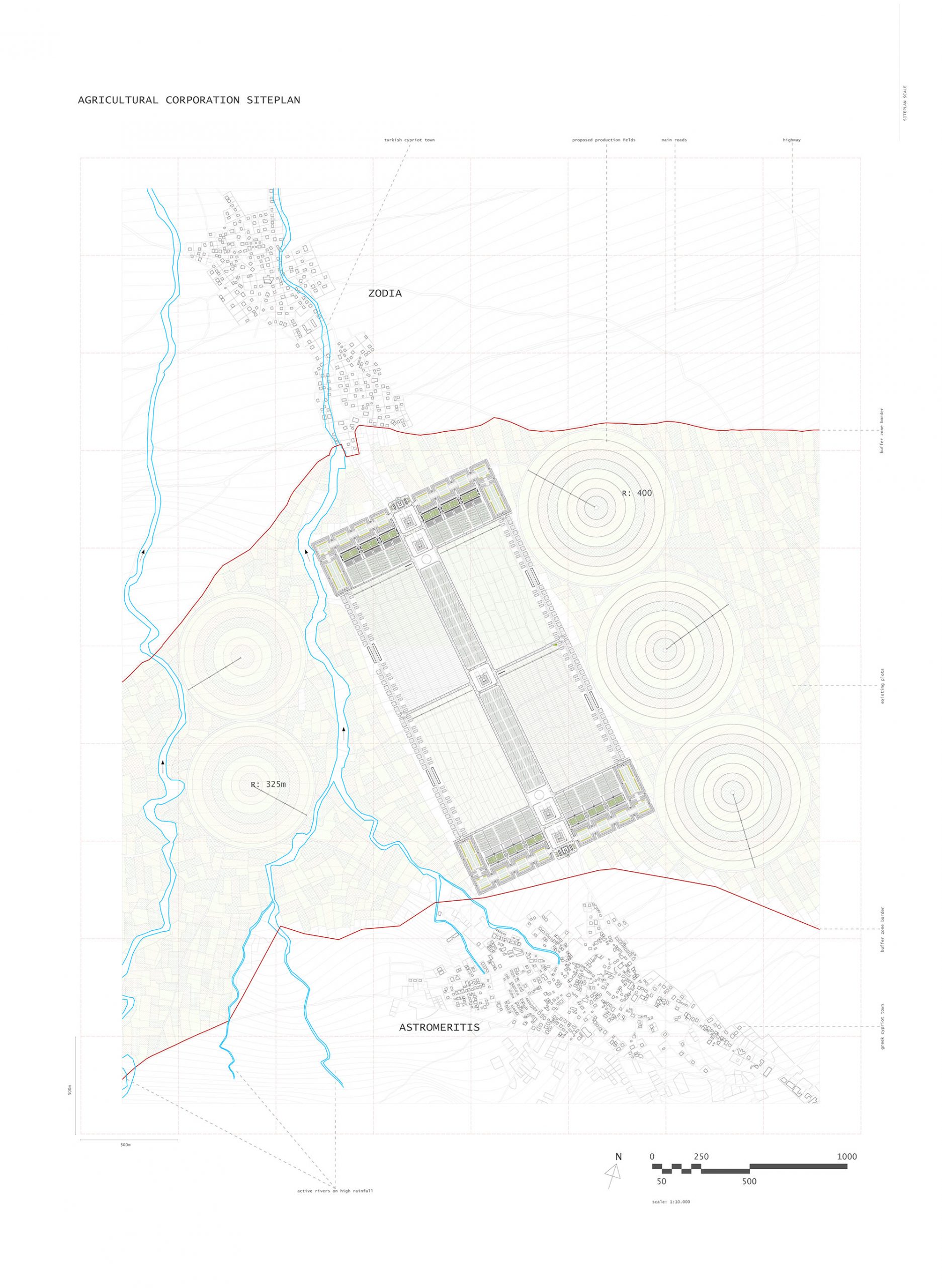 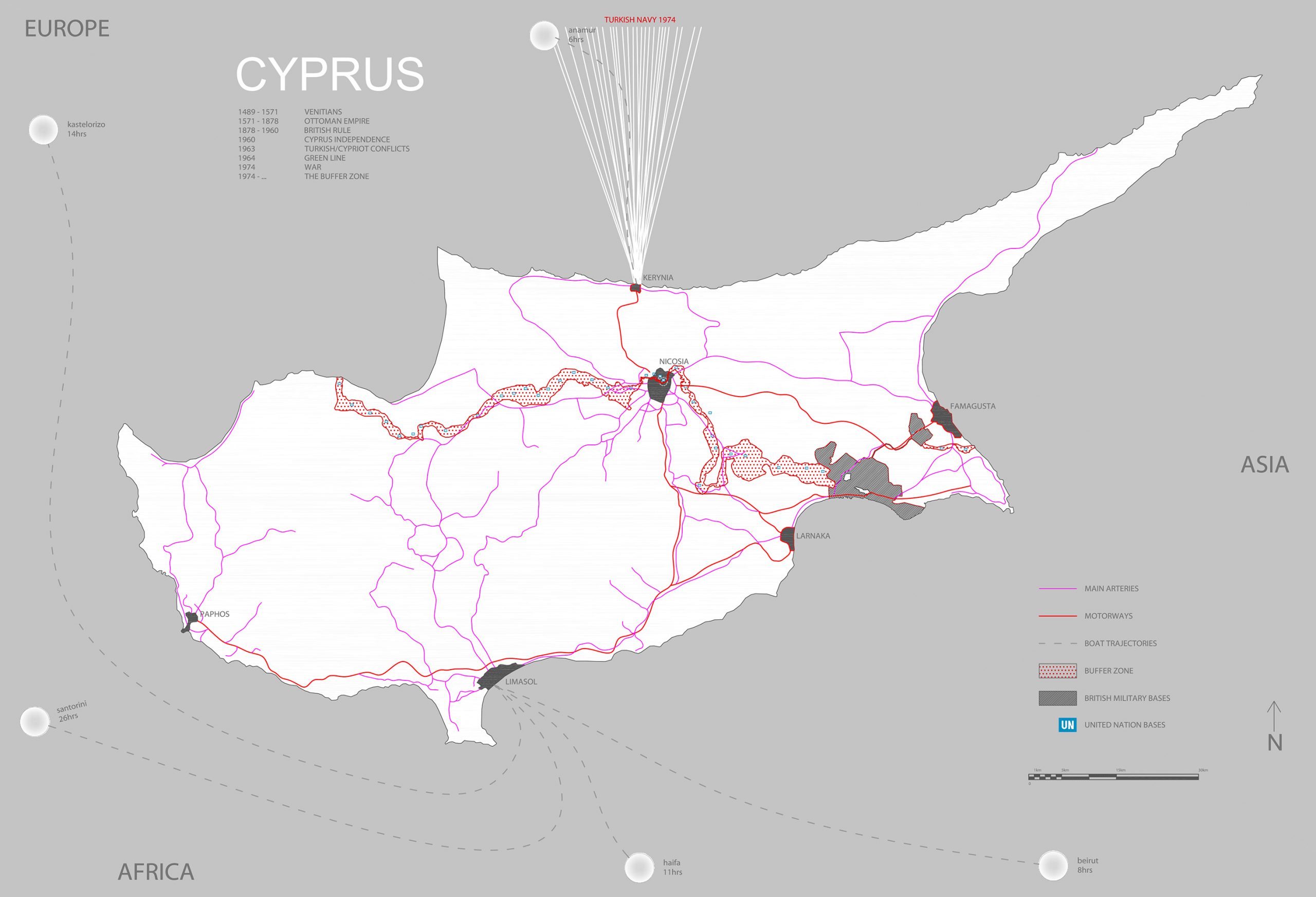 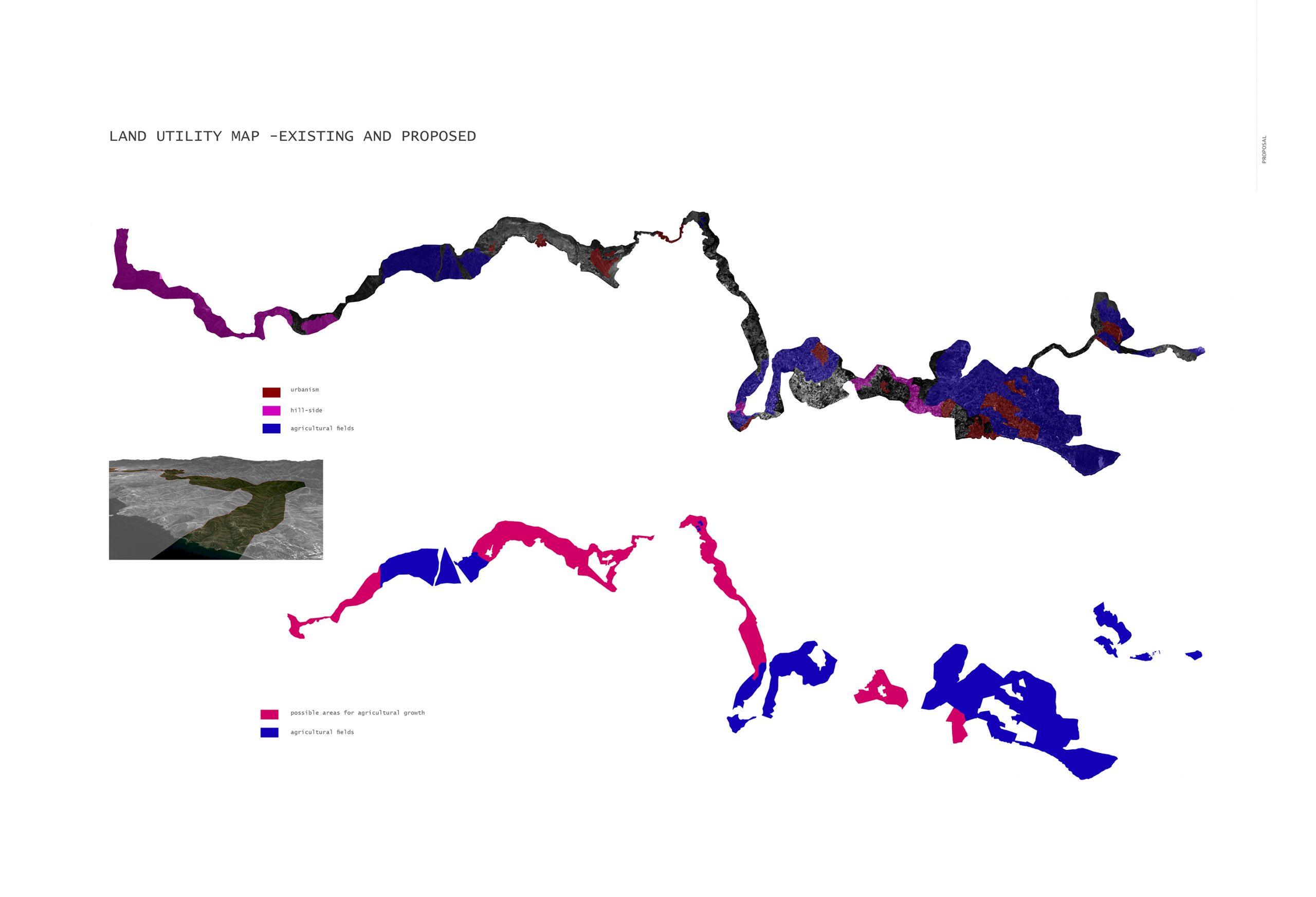 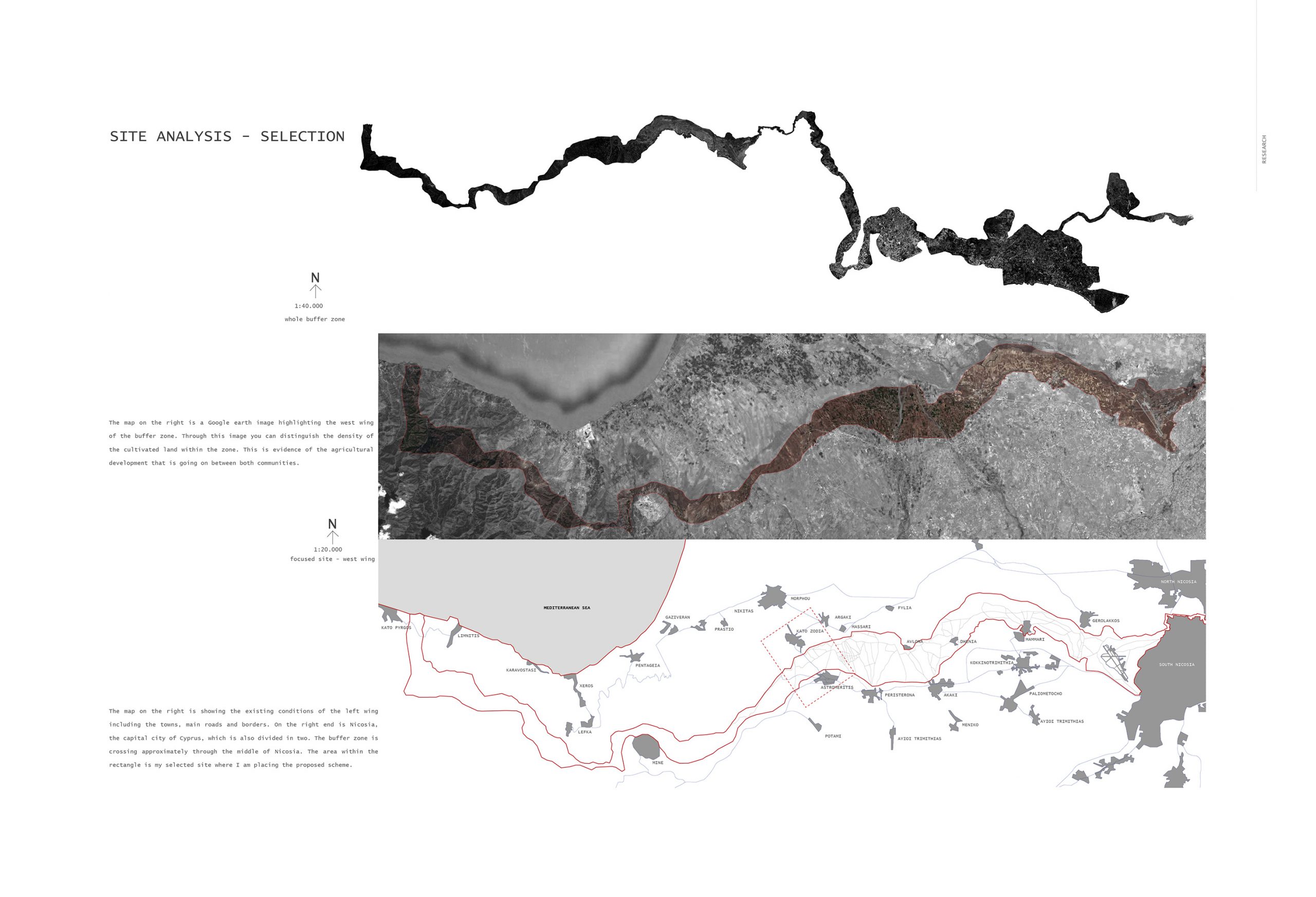 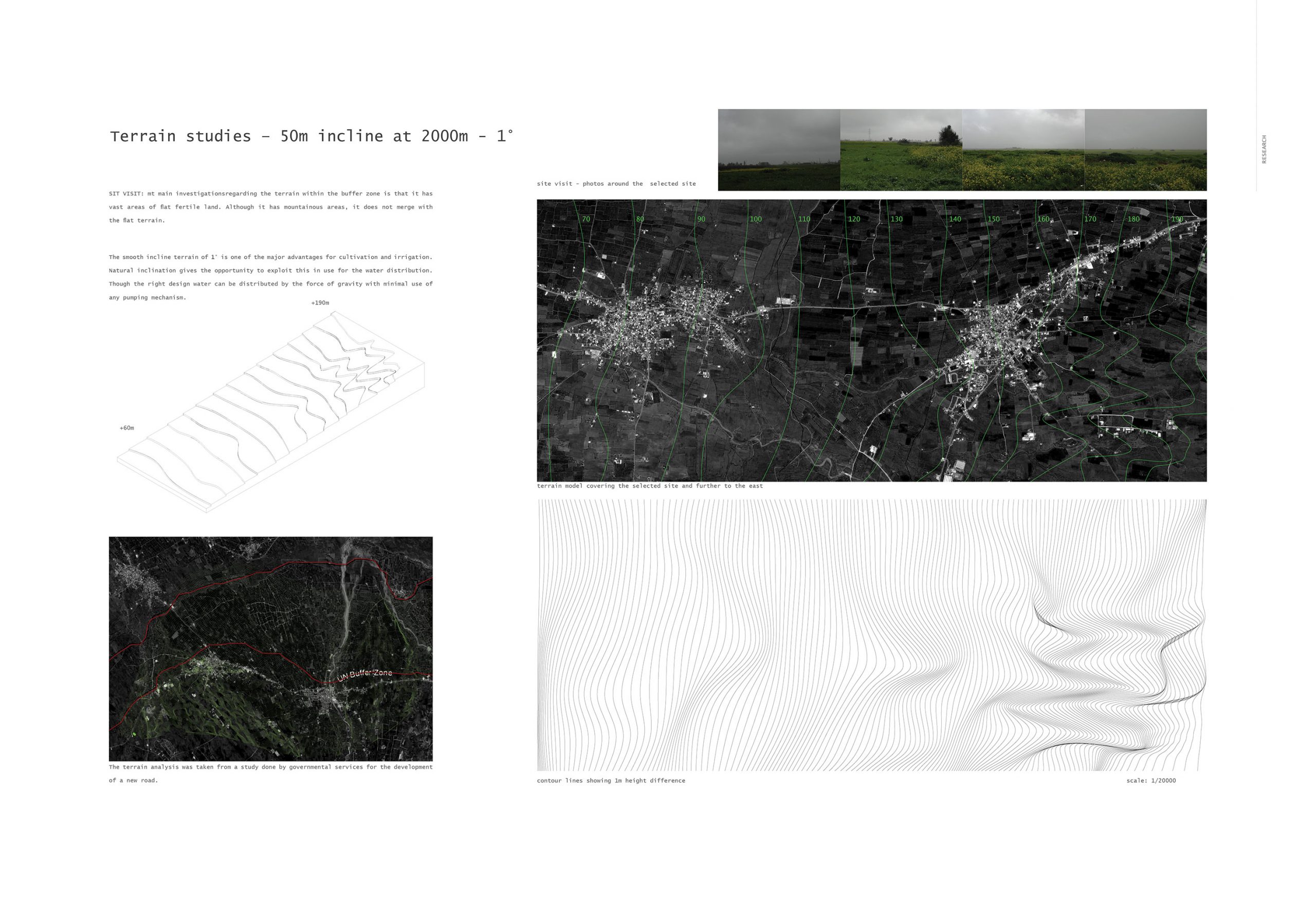 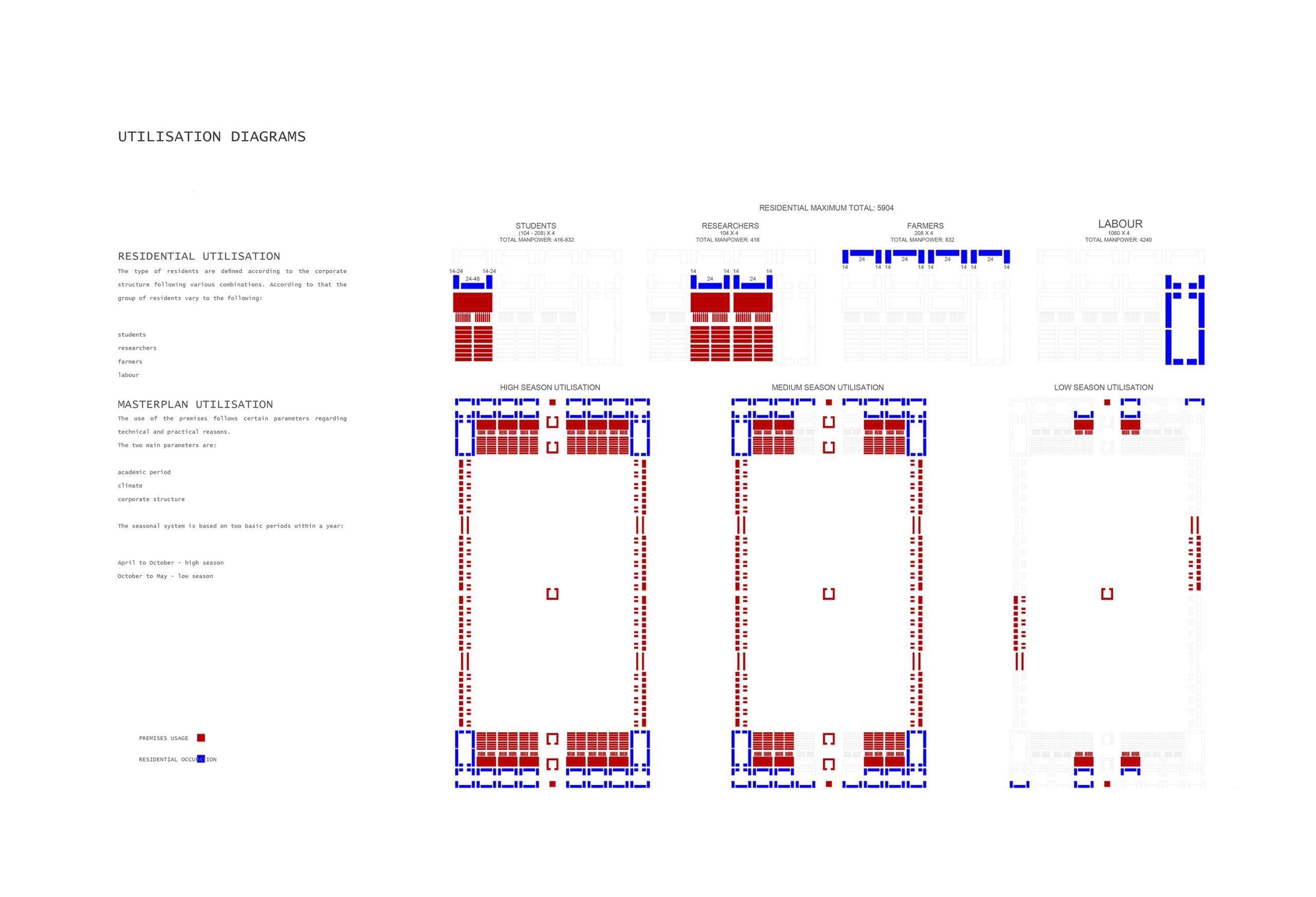 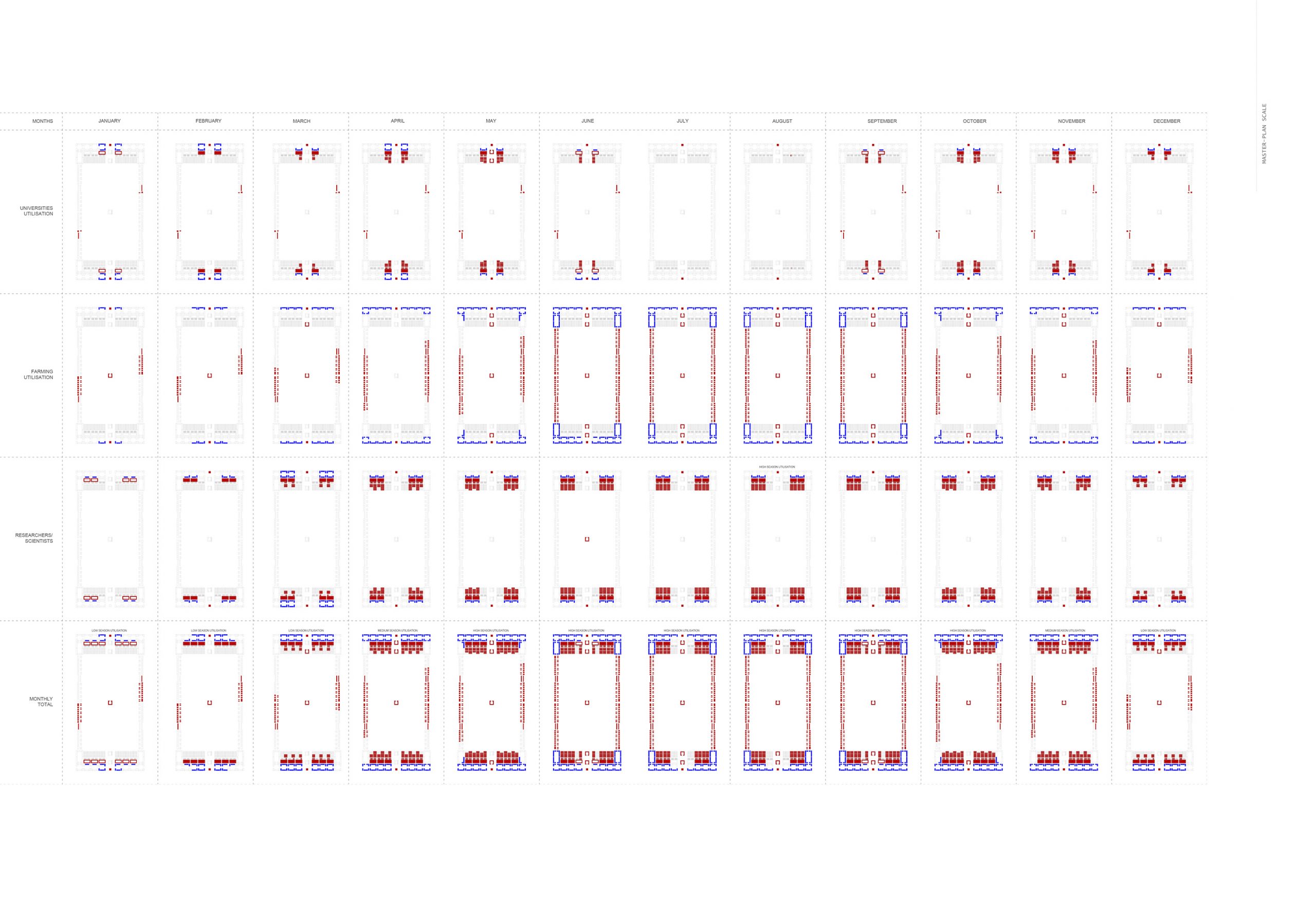 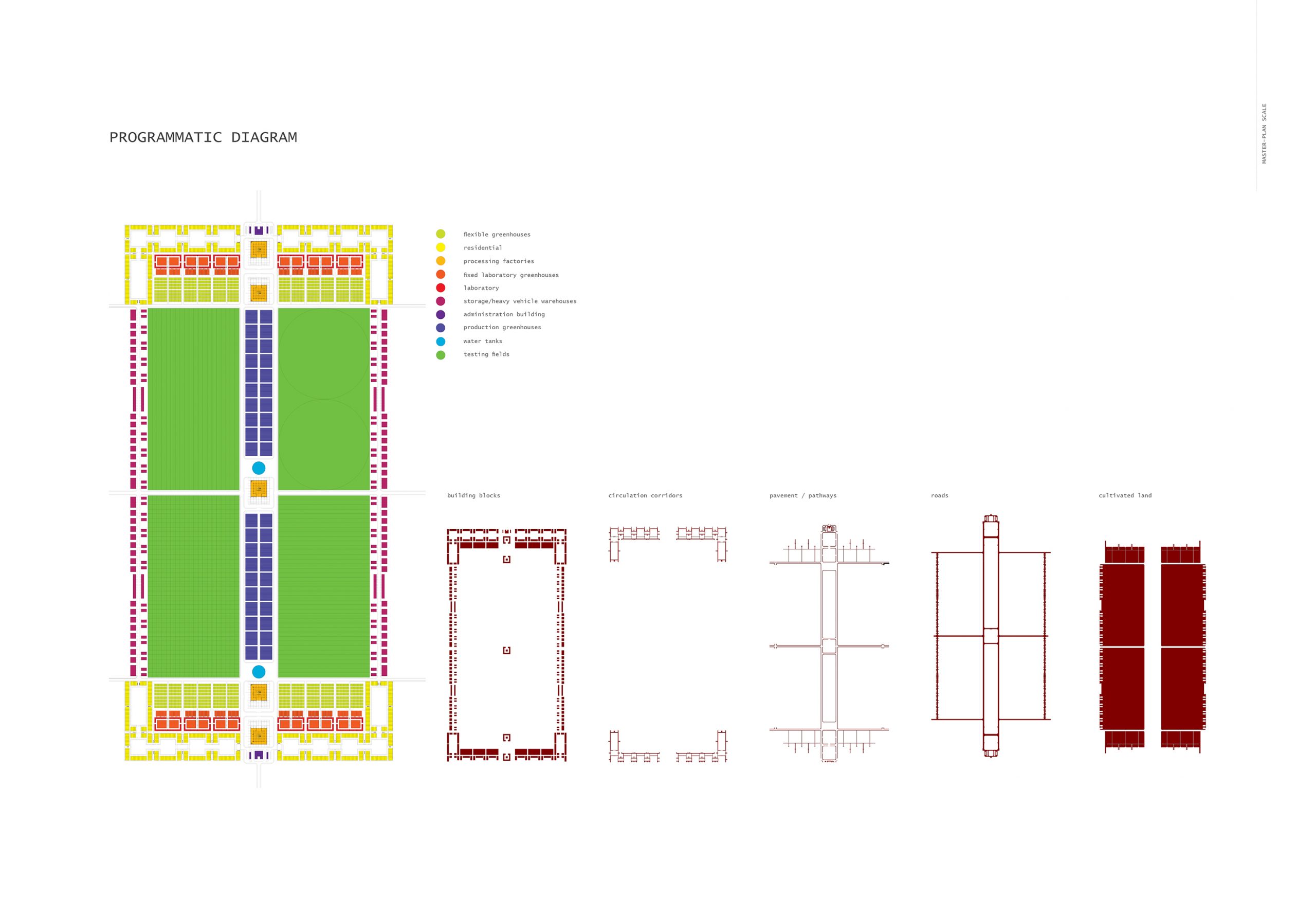 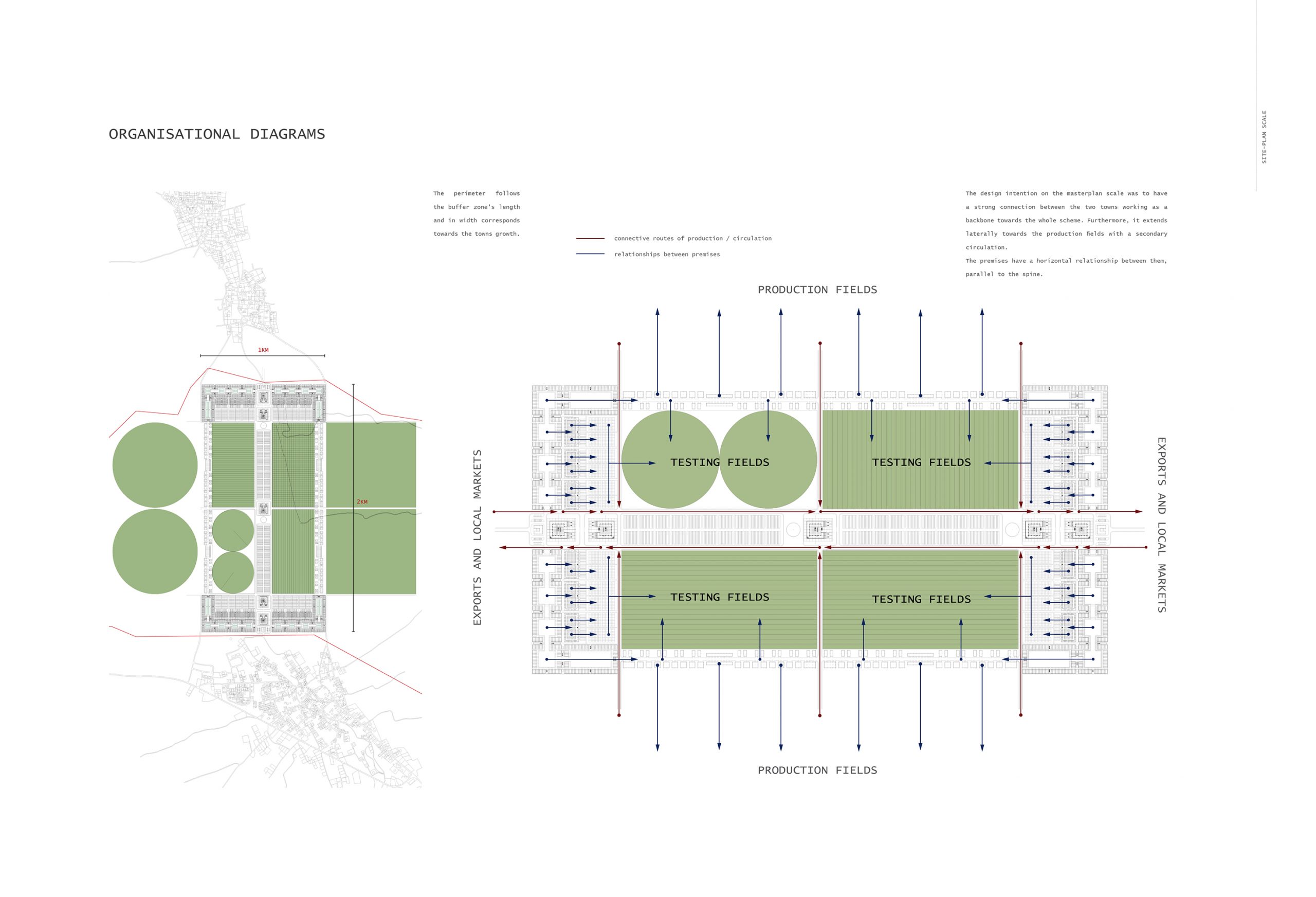 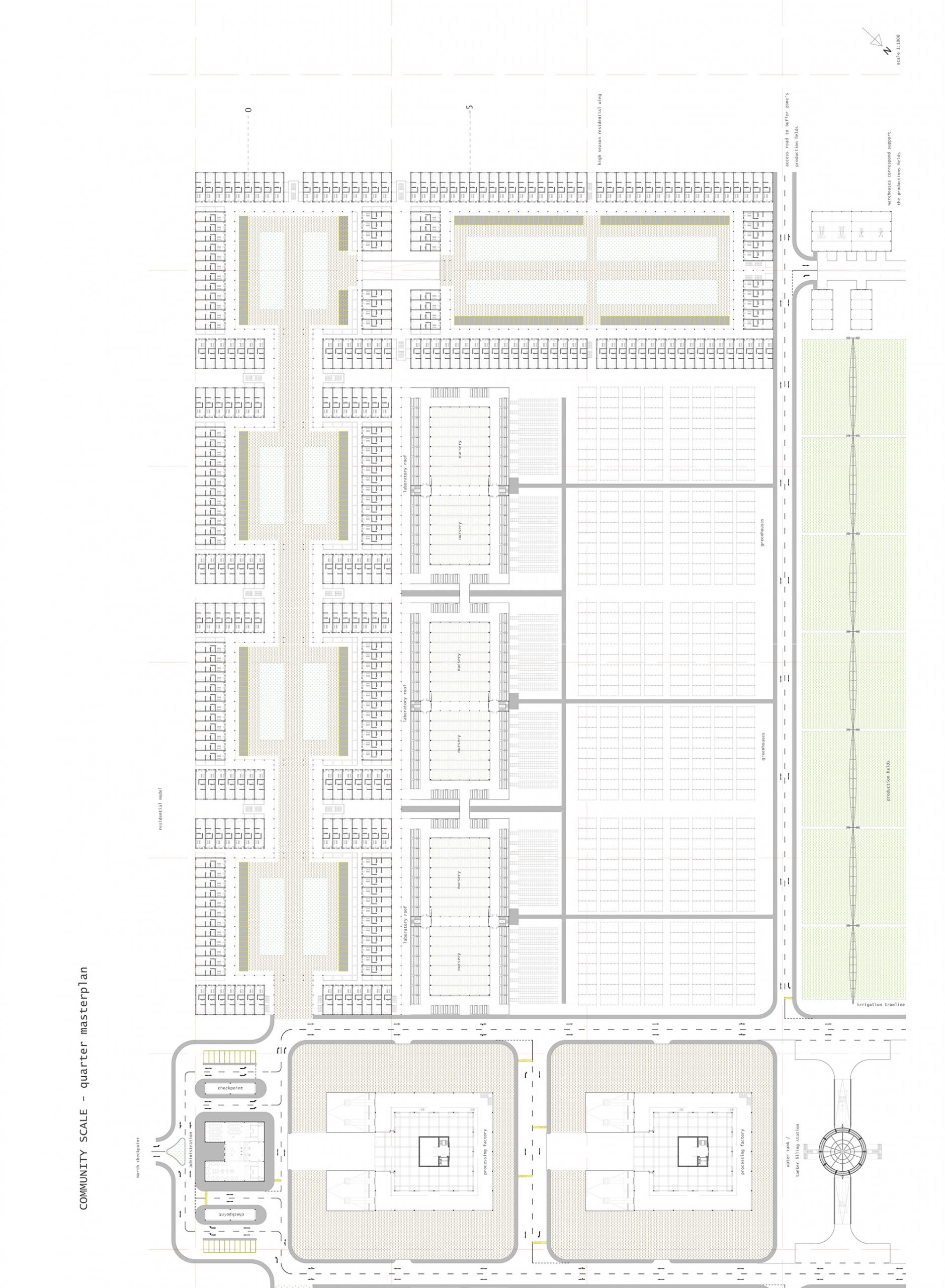 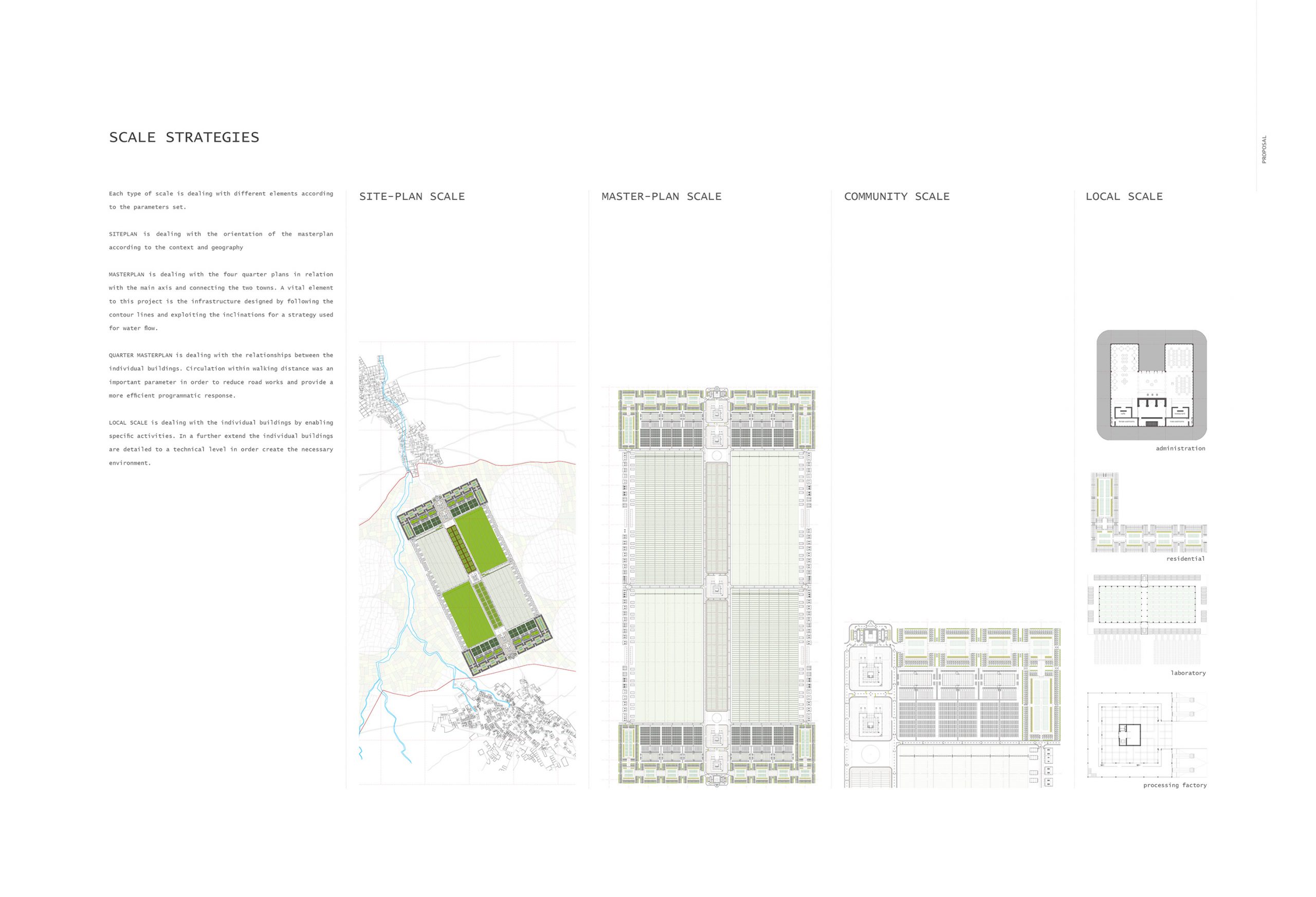 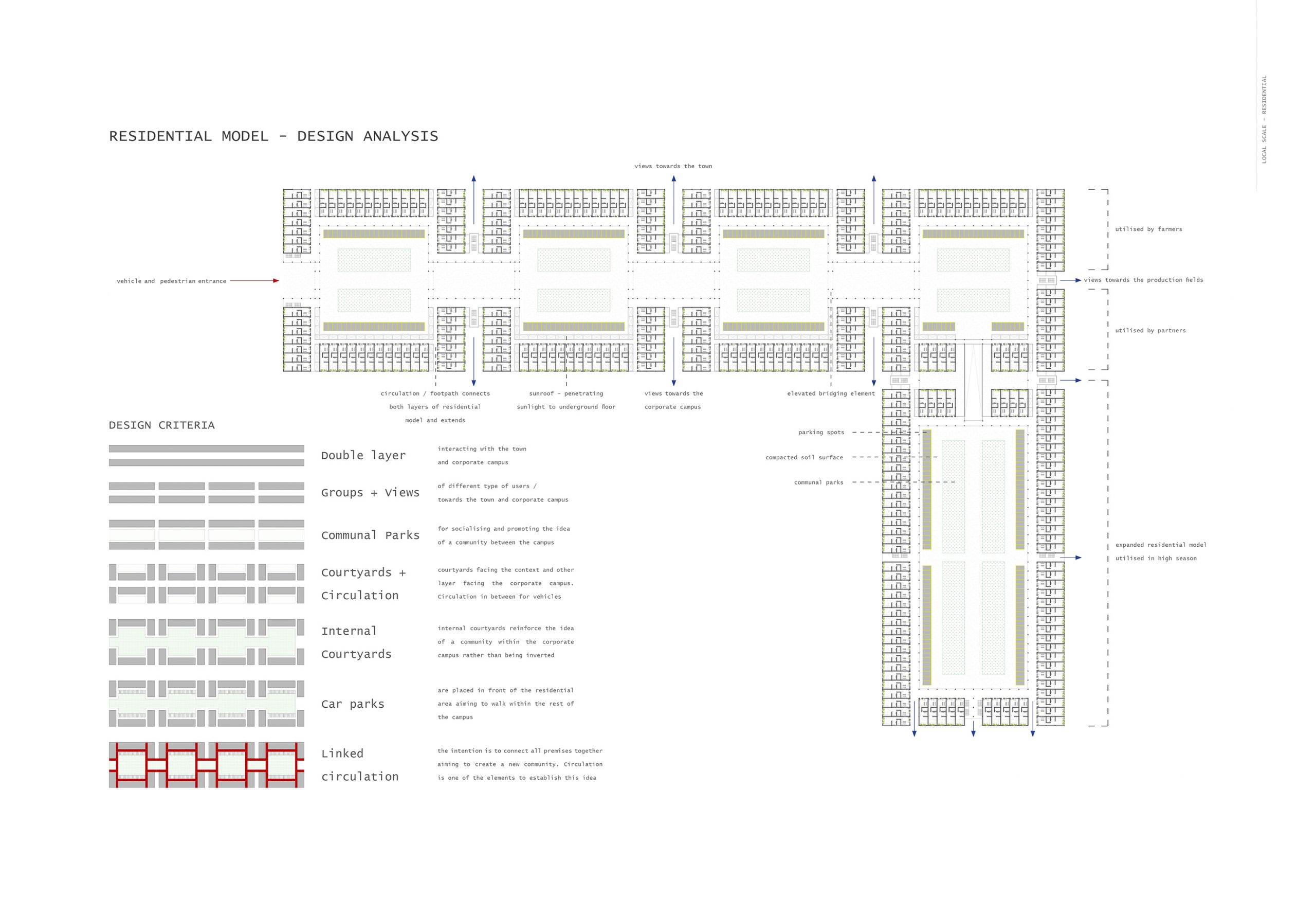 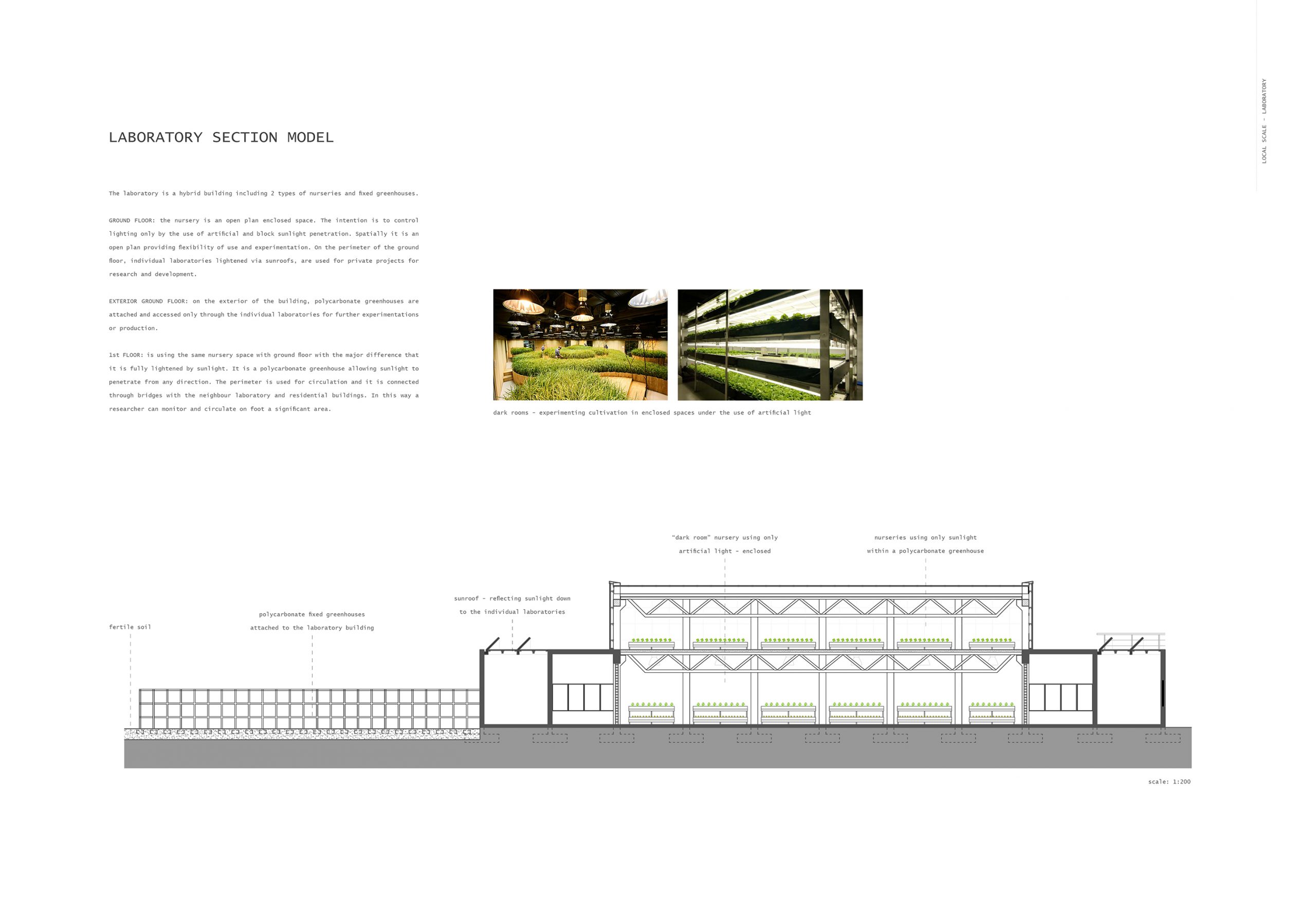 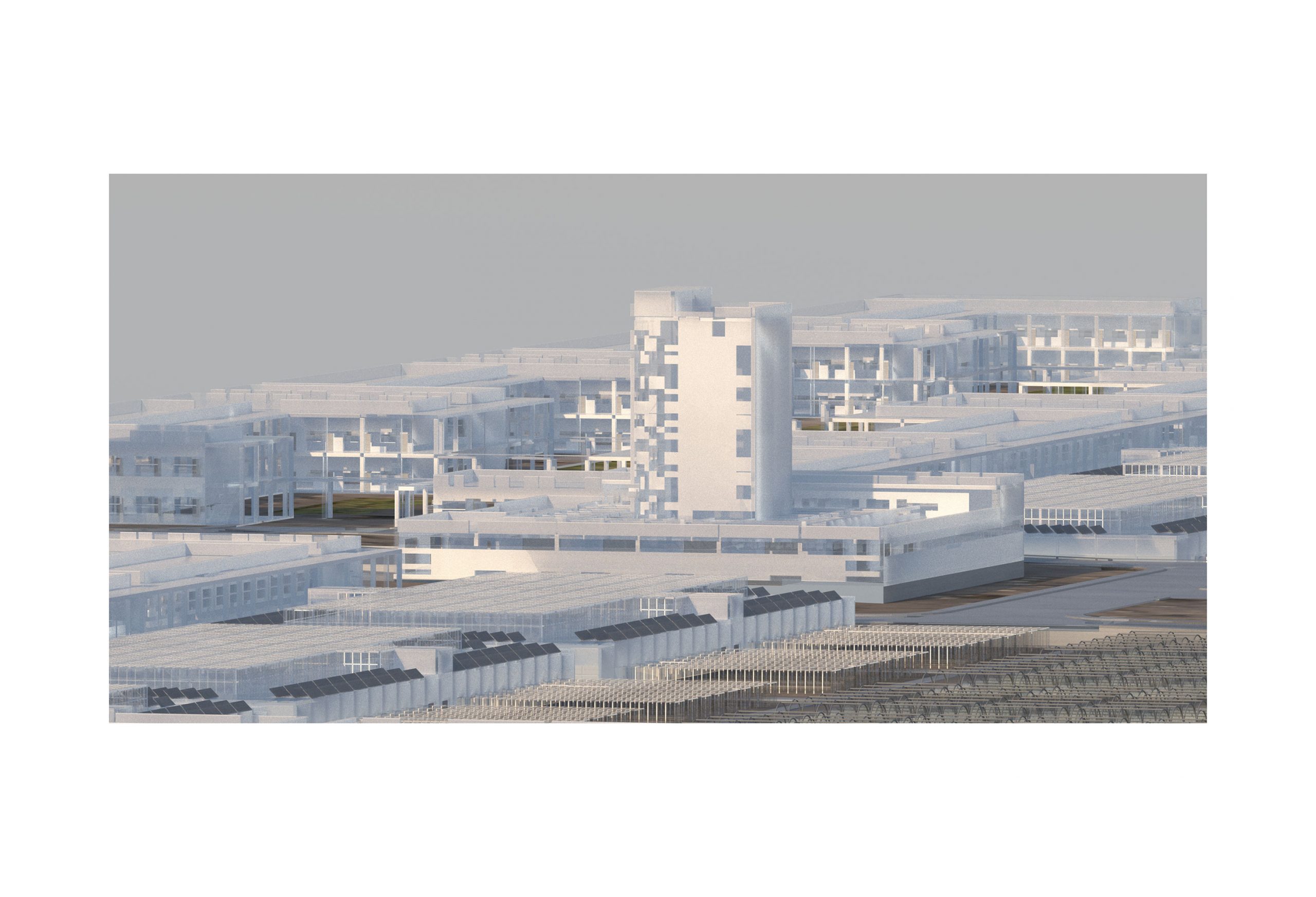